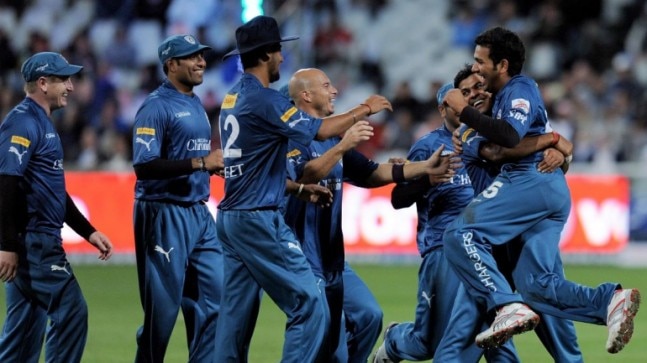 Former India cricketer VVS Laxman lauded Rohit Sharma and revealed how he has transformed into one of the most successful captains in the history of Indian Premier League.

India legend VVS Laxman on Friday said that Rohit Sharma became a leader in the Deccan Chargers team in 2008 and his ability to remain calm under pressure defines his success as a captain in the Indian Premier League.

From taking over the Mumbai Indians captaincy midway during IPL 2013 to becoming the most successful skipper in the Indian Premier League in 2019, Rohit Sharma has had a dream run in the T20 league over the last 7 years.

“He became a leader in the Deccan Chargers team. When he came in the first year, he was a youngster who just played the T20 World Cup, made his international debut for India,” VVS Laxman told Star Sports show ‘Cricket Connected’.

Laxman spoke about their time together at now-defunct Deccan Chargers, who won the 2009 edition of IPL. Laxman also spoke about how Rohit, despite being a youngster then, grew in stature and became a valuable member of the high-profile Chargers squad.

“I think the way he was batting in the middle order, under pressure because the team didn’t do well in the inaugural IPL edition in 2008, but Rohit was a standout performer for us.

“In each and every match, with each and every success, his confidence level was just growing, he was getting into the core group, helping the youngsters, voicing his opinion and those were early signs. But for me, most importantly was handling the pressure because not once in those tough situations when he was batting did it show, and he has evolved and blossomed. That’s why he’s one of the most successful captains in IPL history,” Laxman signed off.