US calls for UN Security Council meeting on Hong Kong 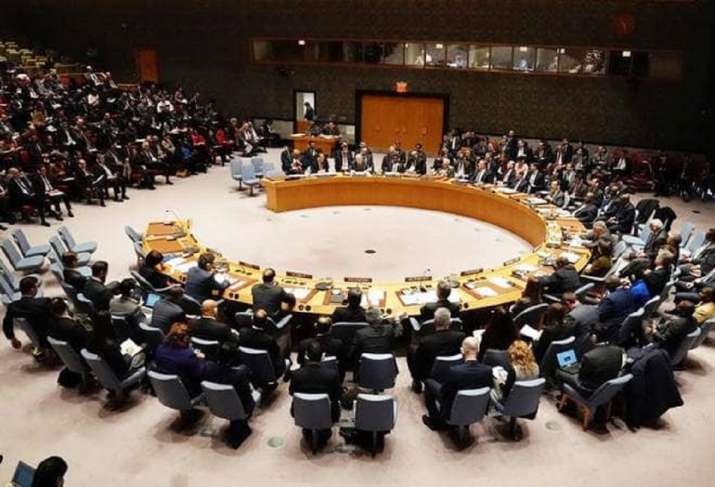 The US has called for a UN Security Council meeting on Hong Kong, as the Trump administration indicated that it will not keep quite on China”s new national security law to curb freedom in the former British colony.

China on Friday introduced the draft of controversial national security law in Hong Kong in its parliament to tighten Beijing”s control over the former British colony, in what could be the biggest blow to the territory’s autonomy and personal freedoms since 1997 when it came under Chinese rule.

Hong Kong, an economic powerhouse, is a Special Administrative Region (SAR) of China. It has observed a “one country, two systems” policy since Britain returned sovereignty to China on July 1, 1997, which has allowed it certain freedoms the rest of China does not have.

The Chinese actions fundamentally undermine Hong Kong”s high degree of autonomy and freedoms as guaranteed under the Sino-British Joint Declaration of 1984, which was registered with the UN as a legally binding treaty, and the Basic Law, the Trump administration said on Wednesday.

“This is a matter of urgent global concern that implicates international peace and security, and warrants the immediate attention of the UN Security Council,” the US said and called for a virtual meeting of the Security Council to discuss these acts and China”s proposed national security law.

“The bottom line is that in response to the rapid erosion of Hong Kong”s autonomy since last March, brought to a head by the PRC”s announcement last week that it will unilaterally and arbitrarily impose national security legislation on Hong Kong, the Secretary has certified that Hong Kong does not continue to warrant treatment under United States laws in the same manner as US laws were applied to Hong Kong before July 1997,” State Department Spokesperson Morgan Ortagus told reporters.

The proposed law bans secession, subversion, and foreign interference, and would radically upend the “one party, two systems” structure.

Assistant Secretary for East Asian and Pacific Affairs David R Stilwell said that China was using global chaos due to the coronavirus pandemic to accelerate its agenda of going into its next political season.

“Over the last two weeks, Beijing has really picked up the pace. They’ve made hints that this National People”s Congress would be different, and they”ve been hinting that Hong Kong”s status might change. But in the last two weeks, and even as early as – soon as yesterday, they”ve made very strong comments that they do not plan to honour the joint declaration they made with the UK in 1997,” he said.

“So they do intend to impose national security legislation on Hong Kong. The agreement says that Hong Kong itself will determine what Article 23 national security legislation looks like. Beijing has apparently run out of patience and will – and has made very clear it plans to do so, and will probably announce that tonight, late tonight, as an outcome of the National People”s Congress,” Stilwell said.

On Wednesday Secretary of State Mike Pompeo determined that Hong Kong no longer enjoyed a high degree of autonomy.

“We are designing our responses to be sure to help Beijing understand that as a nation of law, we will invoke the law that the Congress passed in the Hong Kong Policy Act and Human Rights and Democracy Act. But at the same time, we will do our best to ensure the people of Hong Kong are not adversely affected to the best we can,” he said.

“We’ve come to this point in part because President Trump has enabled Xi Jinping”s sense of impunity when it comes to stifling freedom: last year, when peaceful protesters in Hong Kong stood up against the nascent crackdown, President Trump said ”I stand with President Xi”,” he said.

A Biden administration would fully enforce the Hong Kong Human Rights and Democracy Act — which passed the Congress overwhelmingly, despite President Trump”s objection — including sanctions on officials, financial institutions, companies and individuals that materially contribute to the crackdown, Blinken said.

“It is long past time for the United States to return to a position of respect in the world and to lead with the power of our example. That is what a Biden administration would do,” he asserted.

The news of China”s plans was met with immediate criticism by opposition lawmakers in Hong Kong, human rights groups and the US.

“It is the end of ”one country, two systems”,” said Dennis Kwok, a pro-democracy lawmaker, referring to the principle by which Hong Kong has retained limited democracy and civil liberties since coming under Chinese control.

Pro-democracy activists had said they feared “the end of Hong Kong” if China brought the new security law.

The bill which is set to be approved by the National People”s Congress, regarded as the rubber-stamp parliament for its routine approval of proposals by the ruling Communist Party of China (CPC), comes in the backdrop of relentless agitation by the local Hong Kong people demanding political and administrative autonomy agreed by China when it took possession of the former British colony in 1997.