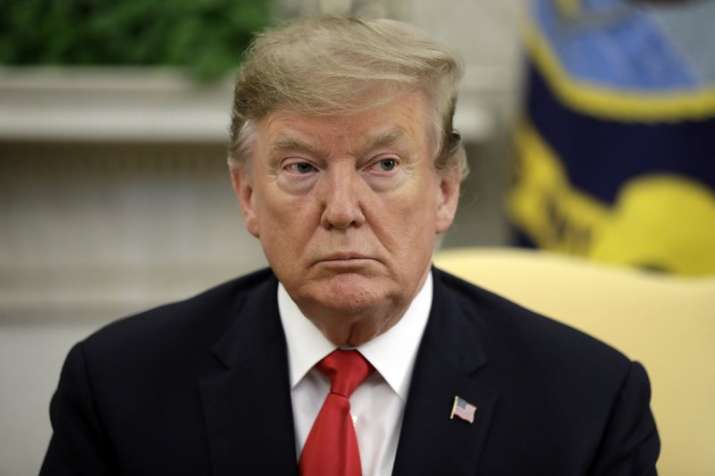 US President Donald Trump is “displeased” with China’s new national security law for Hong Kong, the White House has said, amid rising tensions between Washington and Beijing in the wake of the coronavirus pandemic. China on Friday introduced the draft of a controversial national security law in Hong Kong in its parliament to tighten Beijing’s control over the former British colony, in what could be the biggest blow to the territory’s autonomy and personal freedoms since 1997 when it came under Chinese rule.

Hong Kong, an economic powerhouse, is a Special Administrative Region (SAR) of China. It has observed a “one country, two systems” policy since Britain returned sovereignty to China on July 1, 1997, which has allowed it certain freedoms the rest of China does not have.

The US over the last few days has expressed concerns over the new Chinese law on Hong Kong and has indicated of taking steps against it.

“He (Trump) is displeased with China’s efforts and that it’s hard to see how Hong Kong can remain a financial hub if China takes over,” White House Press Secretary Kayleigh McEnany told reporters at a news conference on Tuesday.

As many as 16 Congressmen have introduced a resolution in the Congress to condemn the Chinese Communist Party’s proposed national security law in Hong Kong. The proposed law bans secession, subversion, and foreign interference, and would radically upend the “one party, two systems” structure.

In addition to denouncing the proposal, the resolution calls for the world to stand with Hong Kong and states unequivocally the proposal puts Beijing in direct violation of the 1984 Sino-British Joint Declaration and the Hong Kong Basic Law. “The Chinese Communist Party’s so-called ‘national security’ law is not only a violation of their previous agreements, it’s also a direct attack on Hong Kong’s freedoms,” said Congressman Markwayne Mullin.
“We cannot let the CCP get away with this power grab. I am proud to cosponsor this resolution with my colleagues and stand with Hong Kong in their fight against tyranny,” he added.

“Hong Kong has flourished as a bastion of liberty,” Secretary of State Mike Pompeo said earlier in a statement. “The United States strongly urges Beijing to reconsider its disastrous proposal, abide by its international obligations, and respect Hong Kong’s high degree of autonomy, democratic institutions, and civil liberties, which are key to preserving its special status under US law,” he said.

Congressman Chris Smith, author of the House-passed Hong Kong Human Rights and Democracy Act, condemned Beijing’s efforts to destroy Hong Kong’s freedoms of press, speech and assembly. “We are witnessing the death knell of the ‘high degree of autonomy’ that China’s communist rulers had promised and are guaranteed under both the Basic Law and the Sino-British Joint Declaration,” he said.

“Should Hong Kong Chief Executive Carrie Lam continue to follow the dictates of Chinese Communist Party General Secretary Xi Jinping and fail to protect the rights of the people of Hong Kong, she will have presided over the death of ‘One Country, Two Systems,’ and the United States will be forced, by statute, to reassess the status of the Hong Kong Special Administrative Region and our relationship with it,” Smith said. The news of China’s plans was met with immediate criticism by opposition lawmakers in Hong Kong, human rights groups and the US.

“It is the end of ‘one country, two systems’,” said Dennis Kwok, a pro-democracy lawmaker, referring to the principle by which Hong Kong has retained limited democracy and civil liberties since coming under Chinese control. “(They are) completely destroying Hong Kong,” Dennis said. Pro-democracy activists had said they feared “the end of Hong Kong” if China brought the new security law.

The bill which is set to be approved by the National People’s Congress, regarded as the rubber-stamp parliament for its routine approval of proposals by the ruling Communist Party of China (CPC), comes in the backdrop of relentless agitation by the local Hong Kong people demanding political and administrative autonomy agreed by China when it took possession of the former British colony in 1997.

While the seven-month-long agitation last year in which millions took part subsided during the coronavirus crisis from January to April, protestors returned to streets this month, with the pro-autonomy and pro-freedom legislators grappling with the security officials in local legislature protesting against the curbs.

China has faced constant criticism from US President Donald Trump and Secretary of State Mike Pompeo over the origin of the coronavirus and its failure to provide timely information. Chinese Foreign Minister Wang Yi said on Sunday the US was pushing the bilateral ties to the brink of a “new Cold War” by spreading “lies” about the coronavirus and said it was open to international efforts to identify the source of the virus that has killed over 300,000 people globally.