Tomatoes selling below Re 1 per kg in Delhi wholesale markets 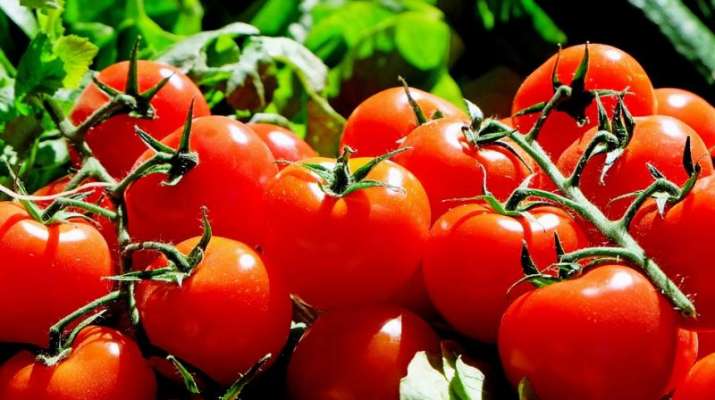 In the wholesale markets of national capital, the prices of all vegetables, including tomatoes, onions have come down drastically this month. In Asia’s largest wholesale market for fruits and vegetables — Azadpur Mandi, tomatoes have started selling at less than Re 1 per kg.

Mandi traders and agents say that the number of vegetable retailers has decreased in the market, due to which the demand is less.

The auditor of Okhla Mandi, Vijay Ahuja told IANS that not only tomatoes, but other green vegetables are also being sold at a quarter to one price.

Ahuja said that the wholesale price of ‘Ghiya or louki’ (Bottle Gourd) has increased from two to three rupees per kg and the ‘Turai’ (Ridge Gourd) is being sold for Rs six per kg.

Similarly, the prices of other vegetables have also come down. The average price of onion has dropped by one and a half rupees so far this month.

Ahuja said that the price has come down due to the migration of millions of people from Delhi.

Rajendra Sharma, a businessman at the Azadpur Mandi and president of the Indian Merchant Association, said that the prices of all vegetables, including tomatoes, have come down due to reduced demand in the market.

He said that the restaurants, dhabas are closed which has reduced the consumption.

Besides the reduced demand, Sharma said that because of the token system, customers have to wait longer, which is also dissuading them from coming to the market.

Another trader from Mandi said that lakhs of labourers have migrated from Delhi, so the consumption of vegetables has reduced, but the demand for fruits has not reduced, so the price of fruits has not come down.

However, in various colonies of Delhi and surrounding areas, vegetable vendors are selling tomatoes for Rs 15-20 per kg.