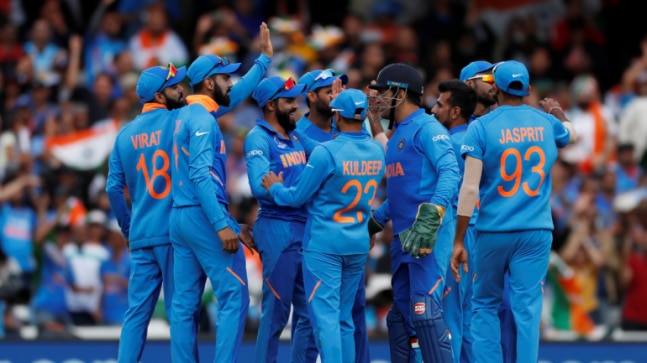 June 9, 2019: Shikhar Dhawan’s magnificent hundred was backed by a good bowling performance as India defeated Australia by 36 runs to register their second win in ICC World Cup 2019 at The Oval.

India had begun the 2019 World Cup on a fine note as they has crushed South Africa in their opening match of the 2019 World Cup. However, it was on June 9 that India made a massive statement of intent as they defeated five-time and defending champions Australia by 36 runs in a World Cup 2019 league encounter at The Oval in London.

Shikhar Dhawan’s 17th ODI hundred, half-centuries from Virat Kohli and Rohit Sharma (57) and a barnstorming 48 from Hardik Pandya helped India post 352 for 5 – the highest by any team against Australia in a World Cup match.

India then dismissed Australia for 316 in 50 overs to record their second straight victory of this World Cup 2019 after an opening win over South Africa.

#OnThisDay in 2019, India and Australia locked horns in a high-scoring @cricketworldcup encounter

This was only the 4th time India defeated Australia in a World Cup. Australia have won 8 times against India.

Kohli won the toss and said it was a no-brainer for India to bat. After a watchful start, Shikhar Dhawan and Rohit Sharma opened up to play some elegant shots. The two openers added 127 for the first wicket before Rohit Sharma fell to Coulter-Nile for 57.

Virat Kohli and Shikhar Dhawan had missed out in India’s first match of the 2019 World Cup against South Africa. Up against Australia, neither man was going to miss out. In a little over 14 overs, the duo added 93 runs – Dhawan brought up his 3rd World Cup hundred and India were primed for a big total.

Smith top-scored for Australia with 69 off 70 balls, while opener Warner made 56 but it never looked like being enough in the face of some tight bowling from Bhuvneshwar Kumar and Jasprit Bumrah, who took three wickets apiece.