Stowaway cat from China freed after 3 months in quarantine 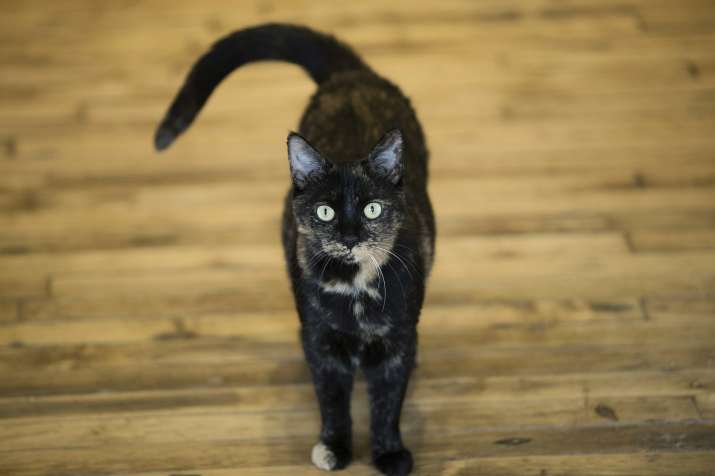 A stowaway cat, which was found in a container that had arrived from China at the Chennai port, has finally been released after spending three months in quarantine and is now up for adoption.

The dark brown feline was found in a container of toys which had arrived from the neighbouring country on February 17 and later faced deportation because of legal hurdles and ignorance regarding how the novel coronavirus is transmitted. It is a healthy, neutered female with a tabby coat and distinct white paws.

“Chennai customs officials handed the cat over to The Cattitude Trust on May 23. She is now safe with the organisation which has actively been working in Chennai since 2005 to help community cats,” stated People for the Ethical Treatment of Animals (PETA) India.

On April 19, the Central government had advised Chennai’s Animal Quarantine and Certification Services (AQCS) to hand over the cat, upon completion of a 30-day quarantine period.

The PETA India, with support from lawmaker Maneka Gandhi, co-founder of Blue Cross of India Chinny Krishna, and The Cattitude Trust, had been appealing for her release from the last three months.

Rashmi Gokhale, PETA India’s manager of veterinary services, had written to Chennai’s Animal Quarantine and Certification Services (AQCS) showing willingness to foster the animal until she is adopted into a caring home.

Gokhale also fired off a letter to the Chennai Customs Zone, stating that humans are not at risk of catching COVID-19 from cats.

“In China, cats are often killed for meat or fur and it is likely that this animal would have been treated cruelly upon arrival, if she would have survived that journey at all,” the doctor said, thanking Central government, Tamil Nadu government, AQCS and Chennai customs for freeing her.

Various studies have shown that cats are highly susceptible to the deadly virus and can infect each other. Based on the limited information available so far, the risk of pets spreading coronavirus to people is considered to be low.