ORViru of Orange Rock took the MVP award with 4 kills and some stunning cover given by him.

Team IND displayed their class in Game 2 of Day 4 as they picked up 11 kill points and a total of 25 points.

GodLike, meanwhile, continued their fine run as they finished 3rd with a whopping kill points tally of 11. They took 21 points from Game 2. Notably, GodLike had won the Chicken Dinner in Match 1 on Saturday. 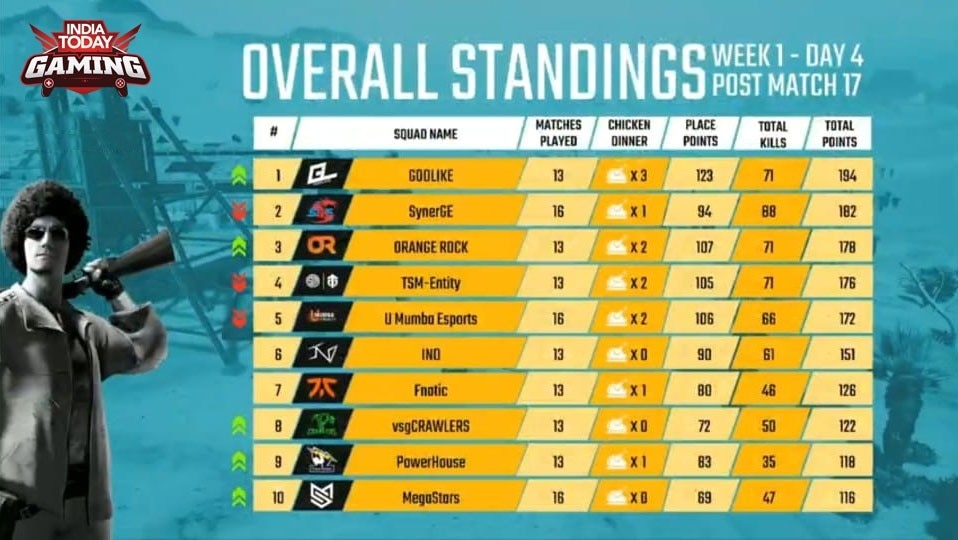 Meanwhile, GodLike displaced SynerGE from the top spot of the overall standings after Match 2 on Day 4. Orange Rock are currently at the 3rd spot while SynerGE have slipped to the 2nd spot.

Unlike the first match in Miramar, the action in Erangel took off from the word go with teams facing each other in a crowded space.

Day 4 action continued in Match 2 in the Erangel map with teams from Group A, B, D and E battling for Chicken Dinner. SynerGe, Mega Stars, Jyan Maara and UMumba watched the action from the sidelines with Group B teams not having any more matches for the rest of the day.

Team SouL was eliminated in the 11th spot.