Orange Rock registered 29 points in the fourth match to claim second Chicken Dinner of Day 4 as they had also won the 2nd match today.

Orange Rock continued their impressive performance in the 4th match of Day 4 to claim their 3rd Chicken Dinner of the PMPL South Asia League 2020 on Saturday with 9 kills ahead of GodLike and Marcos Gaming.

Orange Rock earned 29 points in the fourth game followed by GodLike with 20 and Marcos Gaming with 18 but both had lesser place points than OR with 9 and 11 respectively. Team Celtz were eliminated outside the top 10 and this has been an underwhelming day for them. 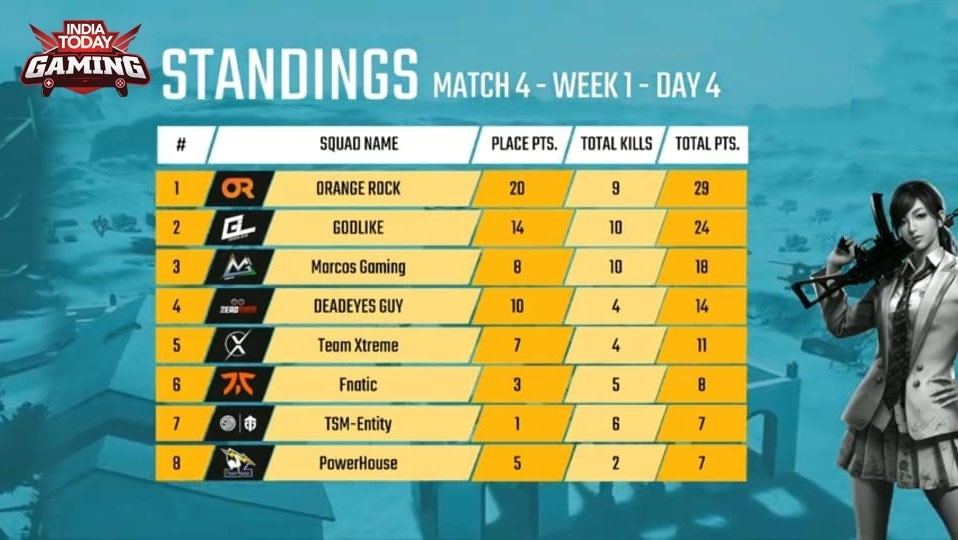 After a strong comeback in Match 3, SouL get eliminated in the 14th position in Match 4 whereas VSG Crawlers were eliminated at the 16th spot. This has been the first disappointing show from them after consistent finishes in the top 10 in the first 3 matches.