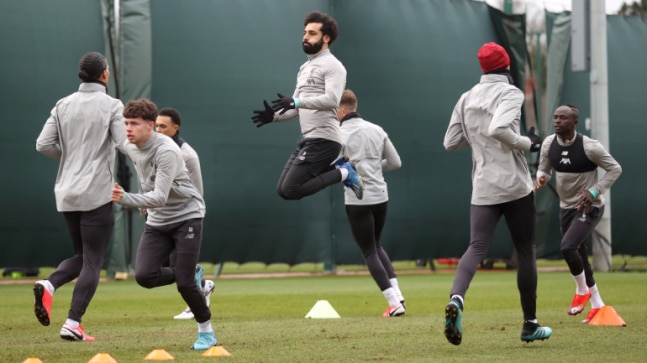 Liverpool is unlikely to win the Premier League at Anfield after police included the leader’s key games among six it wants to be played at neutral venues in a bid to prevent fans from gathering outside when the competition resumes.

Police originally wanted neutral venues for all 92 remaining games but the plan was opposed by the clubs — particularly those trying to avoid relegation.

The league plans to resume on June 17 after a 100-day shutdown to contain the coronavirus pandemic, pending final approval from government, which is trying to prevent a second spike in cases.

Police don’t object to the games on that Wednesday night being played at Manchester City and Aston Villa.

But police want the derby between Everton and Liverpool to be played away from Merseyside a few days later. The game was originally scheduled at Goodison Park. Liverpool, which leads by 25 points with nine games remaining, could clinch the title by beating Everton if second-placed City loses to Arsenal.

If the 30-year title drought doesn’t end that day, police want Liverpool’s next game, against Crystal Palace, to be played away from Anfield.

Greater Manchester Police have already determined Liverpool’s third game back against Manchester City should be staged away from the Etihad Stadium.

Liverpool’s fourth game back is against Aston Villa, currently scheduled at Anfield.

Police in Newcastle also don’t want the home game against Liverpool to be played at St. James’ Park on the final day of the season, which could be July 26.

Mark Roberts, the head of football policing in England, said the plans will remain under review but are based on public health demands.

“We have reached a consensus that balances the needs of football, while also minimizing the demand on policing,” said Roberts, the football policing lead at the National Police Chiefs’ Council. “The views and agreement of forces which host Premier League clubs have been sought and where there were concerns, the Premier League has been supportive in providing flexibility in arranging alternative venues where requested.”

One obvious neutral venue is Wembley Stadium in north London which is not the home of any club side.

“This plan will be kept continually under review to ensure public health and safety and a key part of this is for supporters to continue to respect the social distancing guidelines, and not to attend or gather outside the stadiums,” Roberts said.

Only 200 of the 380 Premier League games each season are contracted to be broadcast live in Britain, but all remaining fixtures will be aired live because fans will not be allowed in stadiums.

The reshaped English season is set to end with the FA Cup final on Aug. 1.

The Football Association on Friday announced its competition will provisionally resume with the quarterfinals on the weekend of June 27-28. The semifinals are now scheduled for July 18-19.

“This has been a difficult period for many people and, while this is a positive step, the restart date is dependent on all safety measures being met,” FA chief executive Mark Bullingham said.