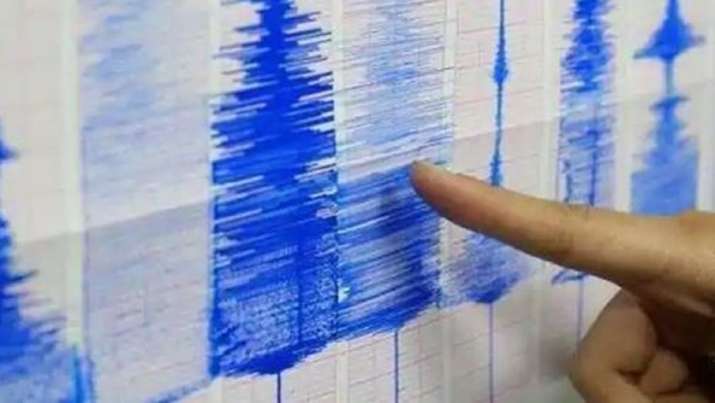 An earthquake measuring 5.8 on the Richter scale jolted New Zealand on Monday, which also went on to interrupt a TV interview featuring Prime Minister Jacinda Ardern, but she managed to keep her cool. The temblor struck when Ardern was speaking to a morning news program from Parliament in Wellington.

“We’re just having a bit of an earthquake here,” The New Zealand Herald quoted the Prime Minister as saying to the interview host as the screen began to shake.

“Quite a decent shake here,” she continued as the COVID-themed backdrops shook behind her. She appeared unfazed by the quake, agreeing to continue the interview.

“Quite a decent shake here.”

The 5.8 magnitude earthquake was felt as far north as Gisborne and near the bottom of the South Island, according to Geonet. The quake’s depth was recorded at 37 km, 30 km northwest of Levin.

Later, she revealed what she was thinking during the Cabinet’s press conference on the increase of public gatherings to 100 people, from May 29.

“Are you serious?” was the thought on her mind, the leader said.

The Prime Minister’s reaction has been turned into a meme and is doing the rounds on social media, with people applauding her ability to stay focused during the interview, reports The New Zealand Herald.

“I get more rattled when I get a phone call and my ringer isn’t on silent than the prime minister of New Zealand gets during an earthquake,” a Twitter user said.

Another user added: “I have come to the realization that throughout the course of my life I will never be able to respond to anything, even the most minor inconveniences, as graciously as Jacinda Ardern responds to a literal earthquake.”