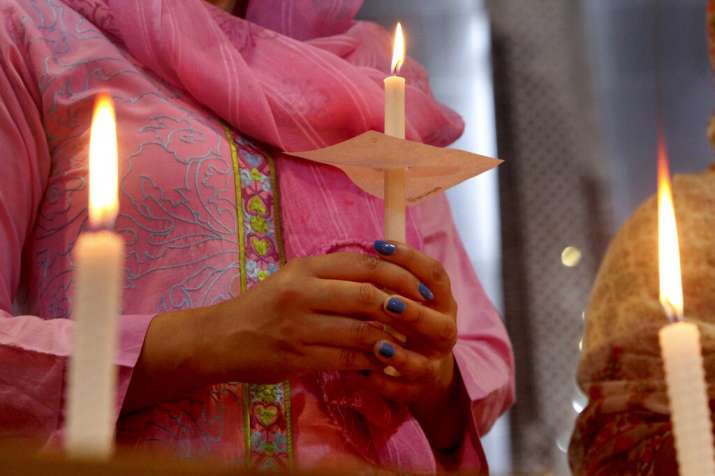 When Zain Polani was flying back to Karachi from Lahore on Friday with his wife and three sons to celebrate Eid together, little did he know that it would be the last journey for the five-member family.

Polani and his family were among 99 passengers on board the Pakistan International Airlines (PIA) Airbus A-320 aircraft that crashed in Karachi’s thickly populated residential area Model Colony on Friday, killing 97 people, including nine children.

The banker had come to Lahore from Karachi on Thursday to take home his wife and three children, who had arrived in Lahore from London after being stranded in the UK capital for two months due to the COVID-19 lockdown.

“Polani was my college friend. At present, he was working for Standard Charted Bank in Karachi as head of the Credit Cards and Personal Loans,” Zaiban Ahmad, Polani’s friend, told PTI over phone.

“His wife and three beautiful boys were stuck in London for two months due to COVID-19 lockdown and they finally they succeeded in returning to their homeland on a special flight on Thursday,” he said.

The seventh special flight to Karachi from Lahore PK-8303 Flight operated on Friday after the Pakistan government on May 16 allowed a partial resumption of domestic flights amid COVID-19 pandemic.

The Airbus 320 had the capacity of over 160 passengers, but as per the COVID-19 guidelines, the plane was allowed to carry not more than 105 passengers.

Polani reached Lahore on Thursday and picked up his family at Lahore airport.

“They booked their tickets for Karachi for Friday. The family was very happy to be reunited after several months because of COVID-19 lockdown and now were planning to celebrate Eid together, but destiny had other plans for them,” Ahmad said.

Polani’s wife Shahida was doing PhD in London and their boys were studying there.

“Shahida wanted to come to Pakistan in March but due to lockdown she was stuck there. As the PIA started its special operation to bring back the stranded Pakistanis worldwide, she managed to return on Thursday,” he said.

Senior journalist Ansar Naqvi was also going to his native town Hyderabad to celebrate Eid with his family. He also died in the crash.

“Naqvi, currently working with the City News network, was known to be a thorough gentleman in the profession. Young journalists have learned a lot from him,” his colleague Amir Dar told PTI.

He said Naqvi had a remarkable career and worked for the Geo News and other TV channels.

Naqvi was reportedly shifted to a hospital where he breathed his last.

The pilot of the plane Sajjad Gul was from Lahore. He had 24 years of service and 15,000 plus flying hours experience as captain.
Considered among the most experienced pilots of the airline, he leaves behind his wife and three children.

A transmission of the pilot’s final exchange with air traffic control flashed on television channels said: “We are proceeding direct, sir — we have lost engine,” a pilot can be heard saying.

“Confirm your attempt on belly,” the air traffic controller said, offering a runway.

Some eyewitnesses who are residents of the area said the aircraft had first hit a mobile phone tower and then its wings crashed into the roofs of several houses before it came down near the colony.

According to the PIA, all eight crew members belonged to Lahore.

Four army officers – a major, two captains and a lieutenant – a senior officer of the Punjab government and popular model Zara Abid were among those killed in the plane crash. Abid had won the best female model award last year.

PIA chief executive officer Arshad Malik has said that 21 dead bodies have been identified so far and handed over to the families.

The DNA testing is being carried out for identification of the victims. He said the black box of the plane has been handed over to the investigation team.

In the wake of COVID-19 pandemic, the Pakistan government had allowed the limited domestic flight operations from five major airports — Islamabad, Karachi, Lahore, Peshawar and Quetta — from May 16.

After the plane tragedy, the PIA has called off its domestic operation.