Never too late to fight for the cause: Chris Gayle backs Daren Sammy after his allegations of racist jibe 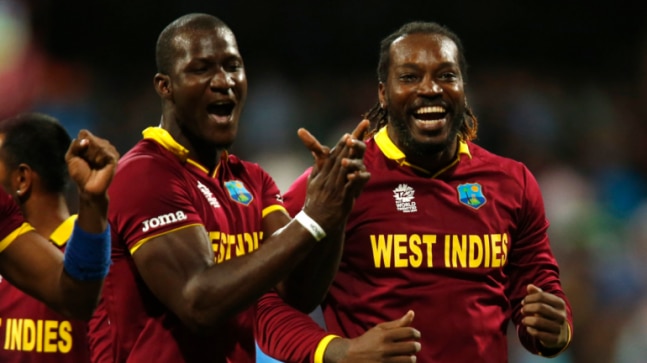 West Indies batsman and T20 superstar Chris Gayle on Tuesday threw his weight behind Darren Sammy, stressing it’s never too late to fight for a cause after the T20 World Cup-winning captain alleged racist jibes from his ex-Sunrisers Hyderabad teammates.

Chris Gayle, stressing racism exists in cricket, took to social media to back his West Indies teammate who has promised to confront his former Indian Premier League (IPL) teammates over a racist jibe.

Darren Sammy, in an emotional video, had alleged that he was subject to a racist jibe from his SRH teammates during his stint with the IPL franchise. Sammy said he did not know the meaning of the jibe but later came to know about it during a talk show.

Sammy urged his former SRH teammates to approach him and explain the reason behind using the word ‘kalu’ to describe him in their dressing room.

“It’s never too late to fight for the right cause or what you’ve experienced over the years! So much more to your story, @darensammy88. Like I said, it’s in the game!!” Gayle said.

Sammy responded to the tweet, saying: “You know how it is bro. Knowledge Is Power. We were not born to be silence (sic).”

It’s never too late to fight for the right cause or what you’ve experienced over the years! So much more to your story, @darensammy88. Like I said, it’s in the game!! https://t.co/w7btmQ3cYf

It was Gayle who reiterated that racism is not just limited to football but the practice of discrimination also exits in cricket. Gayle had come up with a hard-hitting post on social media in the aftermath of the killing of George Floyd, an African-American man, during police custody in the United States.

“Instantly I remembered when I played for Sunrisers in 2013 and 2014, I was being called the exact same word he described that was degrading to us black people.

“I will be messaging those people… Because if it was in any way, shape or form what Minhaj said it meant, I’m very disappointed and I’d still be angry and deserve an apology from you guys,” Sammy said on Instagram.

A photo of Ishant Sharma from 2014 has resurfaced on social media in which the India fast bowler had labelled Sammy as ‘kalu’ shortly after the West Indies player’s allegations on Tuesday.