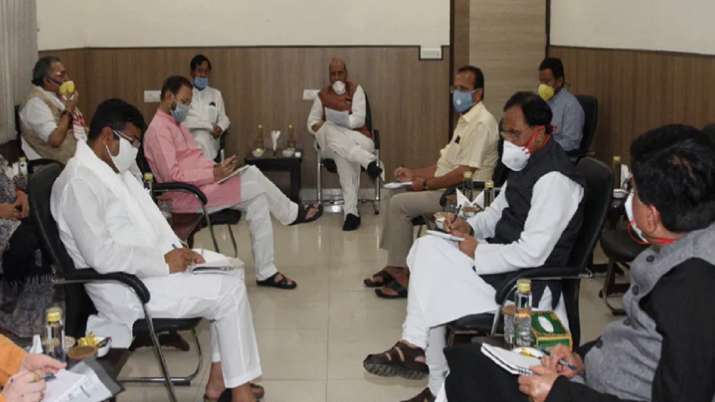 A meeting of a Group of Ministers will take place at the residence of Defence Minister Rajnath Singh at 5 pm on Saturday. This is the second such meeting of the ministers in six days. The last one was held on May 18. The agenda of the meeting will be the current economic situation in the country.

The meeting is likely to discuss a roadmap to extend the benefit of the Rs 20 lakh crore economic package to the target group for the recovery of several sectors which are reeling under the impact of the lockdown.

Government sources said that all ministers will make suggestions received from people and various other sectors with regard to reducing economic difficulties. A final report will be sent to the PMO.

The Modi government has announced a package of Rs 20 lakh crore to revive the economy which has faced tremendous pressure due to the lockdown. Apart from this, the central government also announced the privatisation of eight sectors such as coal, minerals, defence production, airspace management, airports, power distribution, space and nuclear power.

Now the challenge before the government is to put these measures to work on the ground. The Group of Ministers under Rajnath Singh has been deliberating on this and is tasked to come out with a roadmap.

ALSO READ | Economic damage for India from lockdown to be significant: Moody’s