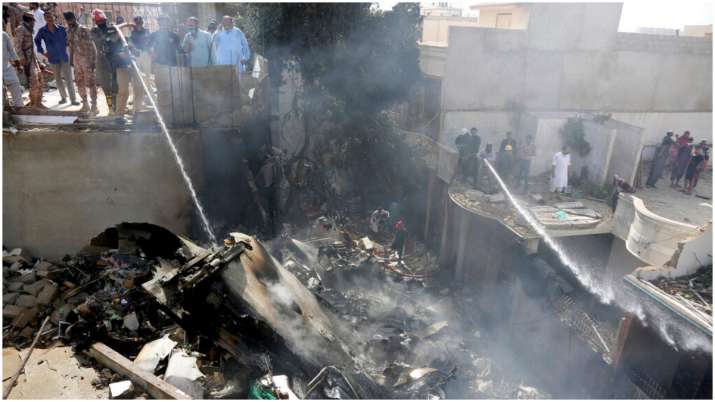 Pakistan Plane crash: News of PIA (Pakistan International Airlines) crash has rocked the subcontinent and aviation industry. The Airbus A320 took off from Lahore airport for Karachi and crashed near Karachi airport minutes before it was to land. The plane carried 107 people onboard out of which 99 were passengers and 8 were flight crew. The death toll is feared to be above 100 even as the rescue work goes on.

What makes the incident tragic that this was the first flight that took off after coronavirus lockdown in Pakistan. It is not yet known exactly what was the exact reason behind the crash but technical glitch is said to be the cause.

‘We’ve lost an engine. Mayday, mayday,’ the pilot can be heard saying in the final moments.

‘Mayday’ is a code-word used by pilots and Air Traffic Control (ATC) to quickly convey that the situation is extremely dire and the plane is about to crash. The use of the word Mayday is rare and everyone in the aviation industry takes extreme care that the word is not used to describe minor situation. The use of the word ‘Mayday’ by a pilot triggers a massive operation on ground as it is considered that a disastrous situation is about to unfold.

In a tragic turn of events. The PIA flight crashed before much could be done to prevent the crash.