Matches without fans sadder than dancing with your sister: Spain coach Luis Enrique 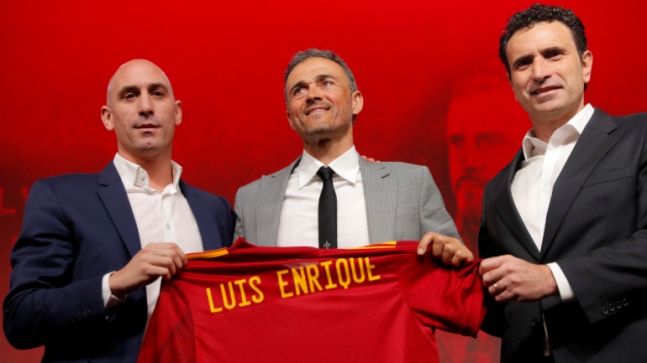 Spain football coach Luis Enrique has expressed his disappointment regarding playing matches without the presence of cheering fans in the stadium.

Spain coach Luis Enrique is no fan of playing matches without spectators as leagues begin to return in empty stadiums after being disrupted by the Covid-19 pandemic.

“Playing matches without supporters is sadder than dancing with your sister,” Luis Enrique said in an interview for Spanish basketball show Colgados del Aro.

Last weekend the Bundesliga became the first major European league to resume action and players were unable to celebrate goals together to reduce the risk of infection while stadiums normally packed with boisterous supporters were left bare.

“It’s very ugly, I watched the German football and it’s lamentable. You can hear the insults and you lose the intimacy of the great moments,” added the former Barcelona midfielder and coach.

Yet he did admit that having live sport to watch on television would provide relief to millions of people who are confined to their homes for most of the day due to lockdowns imposed by governments to fight the spread of the virus.

“We have to understand this is a global business that generates a lot of money and even though the spectacle is very different to when you play with people, it can help us pass the time during confinement and get through this,” he added.

“If you are a fan of football or basketball then watching a match is always interesting.”