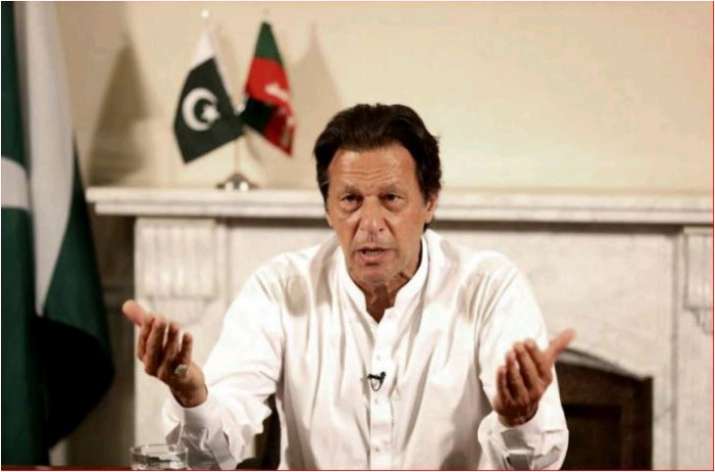 Pakistan Prime Minister Imran Khan on Wednesday alleged that the Indian government’s “arrogant expansionist policies” is becoming “a threat” to its neighbours as he tried to curry favour with Islamabad’s all-weather ally, China.

The Indian government “with its arrogant expansionist policies, akin to Nazi’s Lebensraum (Living Space), is becoming a threat to India’s neighbours.

Several areas along the 3,500-km-long Line of Actual Control (LAC) in Ladakh and North Sikkim have witnessed major military build-up by both the

Indian and Chinese armies recently, in a clear signal of escalating tension and hardening of respective positions by the two sides even two weeks after they were engaged in two separate face-offs.

The LAC is the de-facto border between India and China.

Pakistan and China consider their relations as all-weather friends and their leaders often express support to each other on matters of core interests. Khan further alleged that India had “illegally annexed” Kashmir and dubbed it as “a war crime”.

Pakistan has been unsuccessfully trying to drum up international support against India for withdrawing Jammu and Kashmir’s special status on August 5 and bifurcating it into two Union territories.

India has categorically told the international community that the scrapping of Article 370 was its internal matter. It also advised Pakistan to accept the reality and stop all anti-India propaganda.

Khan in his tweet said that the Indian government is “not only a threat to the country’s minorities, but also a threat to regional peace.”

Foreign Minister Shah Mahmood Qureshi also alleged that India’s “aggressive policy towards its neighbours is putting at stake the regional peace and security.”