If Sourav Ganuly becomes ICC president, it will help cricket and the players: Danish Kaneria 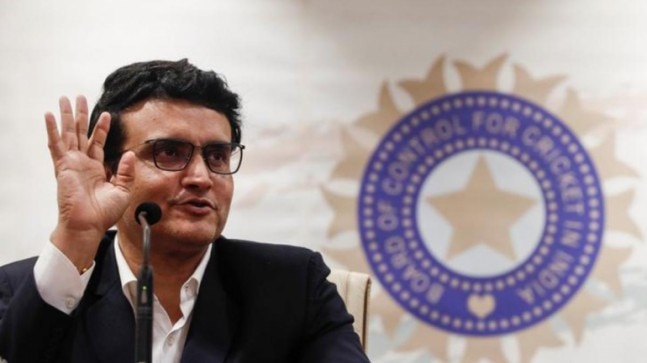 Former Pakistan leg-spinner Danish Kaneria has backed Sourav Ganguly for the role of International Cricket Council (ICC) president, saying the former India captain has the necessary experience for the top job at the international cricket body.

Danish Kaneria said he is confident that cricket boards across the globe will back Sourav Ganguly for the ICC president role and he will be able to emerge the winner in the elections even if Pakistan Cricket Board (PCB) decides not to support him.

Ganguly’s name has been in the reckoning for the ICC president role for which elections are slated in July. Incumbent president Shashank Manohar, according to the ICC, clarified that he is not going to seek an extension for his term.

ECB chairman Colin Graves is still the frontrunner to take over the role of ICC president but the voices in support of Sourav Ganguly is growing.

Ganguly is currently serving as the Board of Control for Cricket in India (BCCI) president. However, his term may end in July if the Supreme Court of India doesn’t consider the BCCI’s petition for extension of his term beyond the Lodha Panel-recommended cooling-off period which is now part of the new board constitution.

“I also think that it would be really helpful if Sourav Ganguly goes on to lead ICC, it will help cricket and the players as a reputed cricketer will hold such a big post, he has played professional cricket, he has led the Indian side and he has also held an administrative post in the Cricket Association of Bengal,” Daniesh Kaneria was quoted as saying by the ANI news agency.

“It depends on all of the boards whether they want to support Ganguly or not, if other boards support Ganguly and PCB doesn’t, then also Ganguly would have the maximum number of votes, as a cricketer Ganguly is fit to lead the ICC, he had led the Indian side so well and he has earned a name for himself, so I don’t see any reason for boards not supporting Ganguly.”

Kaneria also said Ganguly’s awareness about the game and its administration makes him an ideal candidate.

“He is currently the president of the BCCI, he knows in and out of everything, he knows what players have to deal with and he is aware of what cricket needs, he knows what support needs to be given to associate nations, players would be able to put forward their point in front of Ganguly,” Kaneria said.

“He (Ganguly) has the credibility and leadership. Someone like Ganguly is best positioned for that (the ICC chief role)… He has got the credibility, leadership and can take the game forward,” Smith said.

“The elections are coming, there are, of course, few other names in the hat, but in my opinion, someone with modern (perception) for the game should be the candidate. I have dealt with Sourav in the past and it will be good for the game.”