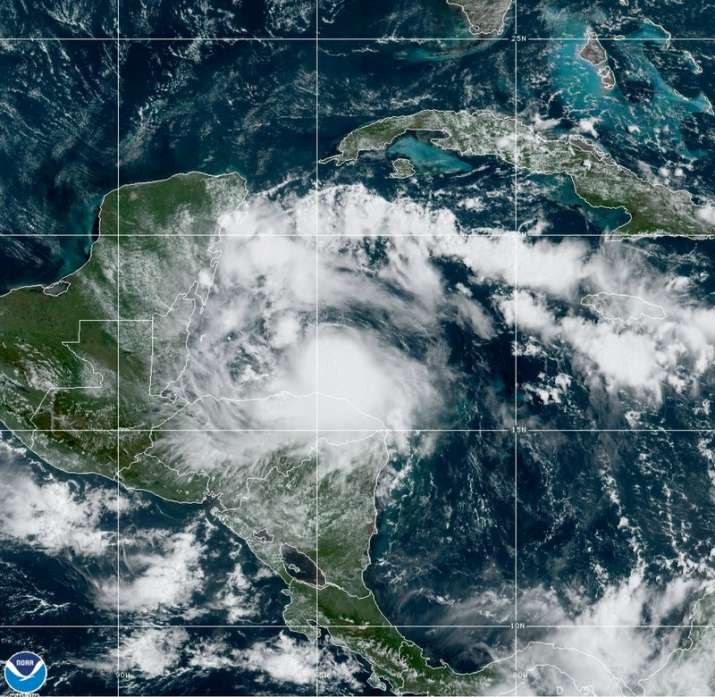 Hurricane Nana brushed past Honduras and barreled toward Belize, where thousands of people were stocking up on food, water and construction materials ahead of its landfall expected early Thursday.

Long lines stretched through supermarkets and hardware store shelves were nearly bare as residents of Belize bought materials to board up windows and doors.

The U.S. National Hurricane Center reported Wednesday night that Nana was located about 60 miles (95 kilometers) southeast of Belize City with maximum sustained winds of 75 mph (120 kph), making it a hurricane. The storm was moving at 16 mph (26 kph).

Belize issued a hurricane warning for its coastline. Heavy rains were expected in Belize, as well as in northern Honduras. Forecasters said Nana would weaken rapidly as it moved inland Thursday, drenching Belize and Guatemala.

As evening approached, dark clouds hung on the horizon as uneasy residents awaited the storm’s arrival.