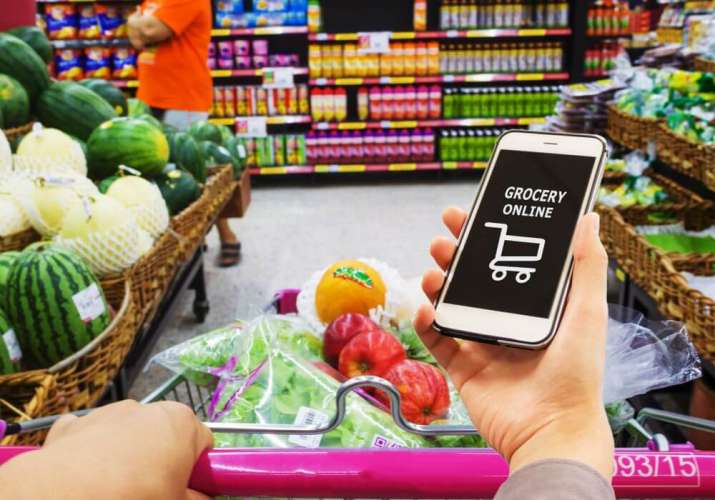 People are staying at home these days due to the COVID-19 lockdown. Staying home together with family has created a new set of homegrown chefs. According to reports, people’s consumption of FMCG products has seen a steep rise during the lockdown. People are trying desserts at home which they would normally buy from their nearest mithaiwalas or bakery. Needless to say that this has resulted in an increase in home consumption thereby resulting in grocery bills.

There is a 40 per cent spike in consumer spending in Kirana stores/local vendors during the month of March and April, according to a report by SnapBizz.

According to a study, 98 per cent of the grocery retail market in India is now controlled by Kirana stores and during the lockdown, many of the local stores have benefitted due to increase in customer footfall. Often people ended up paying more than the MRP during mid-March and April.

“Companies and wholesaler channels have increased the price of few food items and this is the reason Kirana stores are charging a bit high amount,” says Devender Aggarwal, President of FMCG (Distribution & Traders Association). According to him, there is no competition in the market right now. “Demand of the food items/groceries have decreased as compared to March second week and April first week. People have stored so much groceries that now they are not buying. There is enough supply in the market.”

Also, in urban areas, the consumption is more as compare to rural because of a high number of population and higher purchasing power. People have stored many items and now suddenly the sale numbers have turned down.

“There has been a sharp increase in sales of essentials in local Kirana stores. According to the data, it shows that there was a jagged increase in sales by 30 per cent per consumers from mid-March onwards and further the demand rose by another 30 per cent by the end of March. But in the past few weeks, we have seen a slight drop in spends per consumer even though it is still high (40 per cent more than usual),” said the report by SnapBizz
This is not the only delineation. When we contacted many Kirana shopkeepers they said the demand for food items have drastically increased but the supply is limited. That is why many small Kirana shopkeepers are charging high price apart from the MRP. Some local shopkeepers said people are storing the items by buying extra groceries and this is the reason we are not having extra products to supply or sell them. Stocks are not that much in stores.

Chandani Singh, proprietor staying in New Friends Colony, Delhi says, “We stay in a joint family and so our consumption of food items is more monthly. We bought extra groceries in order to keep us safe for any emergency. Also, we are not going outside to eat and trying our cooking talents at home every day which has increased the consumption of fast food items, instant items more. Apart from this, there is some more concern about high bills. Usually, we buy 15-20kgs of rice all together from our wholesaler Kirana shop but due to lockdown we bought it from our local shop and you will be shocked to know that they charged 30 rupees extra on per kg of rice. Usually a one kg packet of rice Rs 70 but due to lockdown, local shops are charging Rs 100 per kg. We have no choice but to pay the extra amount.”

This situation is really weird, that even after the government’s policies and strict regulations local shops are charging extra money on MRP.
Similarly, Amushree Jha resident of GK 1, an advocate by profession said, “Yes, we need to store more groceries at this point of time due to no clear picture of future as what will happen next. So, apart from our daily use groceries, we have kept some extra food items for an emergency. But, some of our local Kirana shops are charging high price on pulses, rice items. A number of groceries and an extra charge is what causes us to pay high bills”.

According to Vineet Jain, CEO, Future Group, North India, “Home kitchen replaced restaurant. Hence home food consumption increased. During initial days customers did pantry loading and purchased more stocks. Now customers are doing top-up or regular shopping. In modern trade & our stores like Big Bazaar, our terms of trade are fixed with suppliers and we are largely buying from brand companies. Our prices are almost similar to a normal period. Yes, maybe in general trade, some versions are coming that general trade is selling products at a higher price. This is the feedback from people.”

Asif Iqbal, Head Research, Escorts Securities says-“In last 2 month during the Lockdown it has been seen that demand of FMCG has increased. First phase buying was people buying in anticipation of shortage in the market. Then the second phase we saw buying due to the increase in consumption. As people remained confined to their premises and no work to do or go out, people indulged in cooking, housekeeping and other household activity. We expect Q1 to be better in terms of Volume for FMCG companies like HUL, Marico, ITC….”

If we look at the reports, the bill size due to extra consumption of groceries has increased 1.5 times higher during lockdown compared to the pre-COVID situation.

Prem Kumar, Founder and CEO, SnapBizz said: “With most FMCG sales currently happening out of Kirana stores, these insights go a long way in helping companies understand what is happening with their brands and competition. This data will also help them address supply issues and reassure their distributors, retailers and customers on their continued presence in the market.”