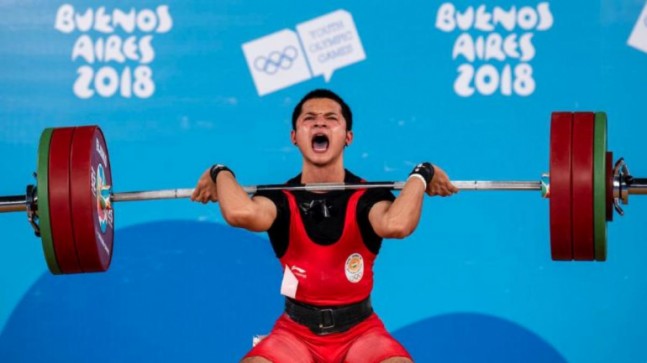 Star Indian weightlifter Jeremy Lalrinnunga, just 17, is homesick, feeling depressed and wants to return to Aizawl, Mizoram for a break in mid June.

Mail Today has accessed correspondence which reflects the plight of the young boy who has been away from home for over two years. The diminutive powerhouse stole the show at the Youth Olympics in 2018 in Buenos Aires when he won gold in the boys’ 62-kg category.

He is currently placed in the 67kg category and staying at NIS Patiala along with the other weightlifters. Since the time of lockdown, there has been virtually no hard training for most of the elite athletes.

Someone like Jeremy is feeling more bored because of lack of training and also because he has not seen his family members for very long.

What is now a serious cause for concern, as a result of which he has been granted one month leave by the Indian weightlifting federation, is he has lost almost four kgs weight. An insider told Mail Today, despite the tough exterior, Jeremy has been lonely and wants a change.

“He has lost weight, which is because he is not in a good frame of mind. The boy wants to be with his immediate family and will return after a month’s break. His weight loss is not good for the simple reason he is trying to get qualification for the postponed Tokyo Olympics in the 67kg category. We are sure Jeremy will do very well with a break away from routine. We have requested the Sports Authority of India to release him from June 17 for one month,” said a top official.

When Jeremy won gold in 2018 in Buenos Aires, he became the toast of the nation. However, to put him in a caged environment for a long period of time is not a good idea. “The reasons for his weight loss are not due to any medical reason but because the boy is unhappy now. At his age, to be homesick is but natural. I am sure Jeremy will do well after the break. Unless an athlete is in a good shape of mind, he or she cannot be expected to do well,” said Karnam Malleswari, India’s first lady Olympic medallist at the Sydney Olympics in 2000. “Even during my time, when a weightlifter felt homesick, we were given leave. So, this is not new,” added Malleswari.

There are protocols in place for an athlete if he or she wants to go home in times of COVID-19. It includes the RT-PCR test and possible self quarantine, if necessary, on return. Jeremy has been briefed about these protocols that he will be subjected to on return from Aizawl .

For those who may think Jeremy will lose valuable time, he has already been provided with a weightlifting platform in his residence and the necessary equipment. He is touted as a medal potential for the 2024 Olympics though there is a strong chance he may make the cut for 2021 Tokyo Olympics as well.