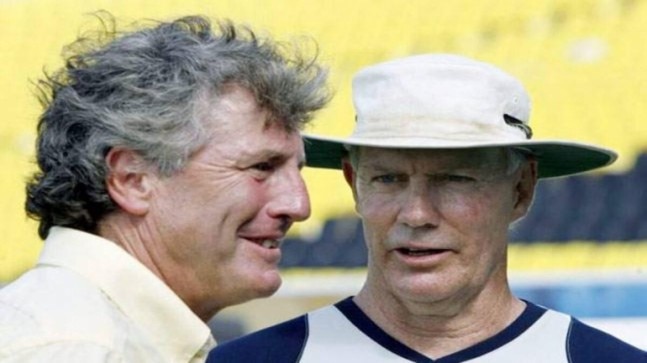 Former India batsman Mohammed Kaif explained why John Wright proved to be a good coach whereas Greg Chappell failed to replicate the success level set by his predecessor.

Former India batsman Mohammad Kaif has revealed why John Wright was respected by everyone whereas Greg Chappell failed to be a good coach. Kaif played under the stewardship of both Wright and Chappell in early 2000s.

The arrival of New Zealand’s John Wright in 2000 introduced Indian cricket to a different style – coaches could actually be friendly rather than authoritarian, they were mentors rather than leaders.

Whereas Greg Chappell was coach of the Indian team for two controversy-riddled years between 2005 and 2007 in which he clashed with several senior members of the team.

Kaif said Chappell would have been a good batting coach for India and that his inability to understand the Indian culture did not work in the best interests of the team.

“Chappell could have been a good batting coach. But he spoilt his name, as he could not run the team properly, he couldn’t understand the Indian culture and lacked good man-management skills and hence didn’t prove to be a good coach,” Kaif told Times of India.

Kaif explained what were the differences between Chappell and his predecessor John Wright. Under Wright’s coaching, Sourav Ganguly led-India went onto win numerous bilateral trophies and aso entered the final of 2003 World Cup as well.

“People respected John Wright because he coordinated well with the players and let Ganguly the captain to lead the team from the front.”

Kaif isn’t the first India cricketer to hit out at the Australian in recent times as earlier, Harbhajan had referred to Chappell’s time with Team India as ‘worst days of Indian cricket’.