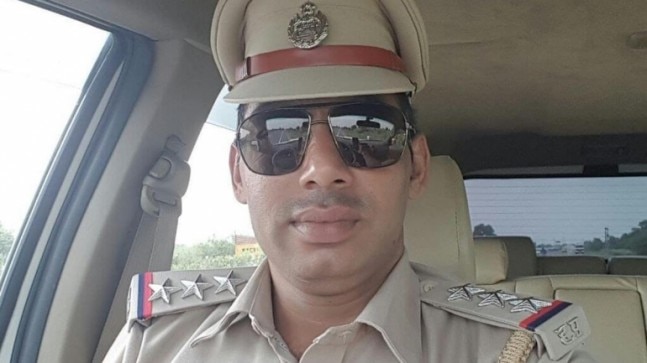 World Cup-winning former India kabaddi captain Anup Kumar has urged people to do their bit as citizens of the country to help the fight against Covid-19 pandemic.

Anup Kumar, who led India to a historic World Cup win in 2016, has been part of the Pro Kabaddi League since its inception. After retiring from the professional sport, Anup took on coaching and now serves as the coach of Puneri Paltan franchise.

Anup Kumar has also been actively performing his role of a Police Inspector for the Haryana Police Department and has been serving the nation during this tough period of Covid-19.

While speaking about his police duty on Pro Kabaddi’s weekly Instagram Live chat series ‘Beyond The Mat’, Anup said, “I have been posted in Rewari, Haryana and I try to go on duty as much as possible so that I can help out on – ground and convince people to stay at home. My only request to all is to follow the guidelines of the government and stay at home because that is the only way we can stop this problem.”

While speaking about India’s surprising loss to South Korea in 2016 Kabaddi World Cup, Anup Kumar said, “With every loss we learn a lesson, personally, I feel I made a couple of mistakes during the game which would have cost us the match, it was saddening but our coach never lost hope and kept motivating us. We played every game after that with more confidence and I knew that we had an outstanding team which could win the tournament”.

Anup Kumar shared a word of advice to youngsters on ‘Beyond The Mat’ saying, “Discipline always comes first, even if you are a great player, you need to be a good human being with a good nature. Youngsters nowadays are getting platforms like Pro Kabaddi League (PKL) which we never had, the facilities have improved now but we have seen the hardships during our times and hence they have to make sure they are disciplined while playing the game. Keep doing hard work, aim to become a better player and if you play with a good heart and discipline, you will see more people admiring your game.”

Anup Kumar sheds light on the famous ‘swearing by the mat’ by players during a match, “You can call it a tradition of sorts, we used to see our seniors do it and then we followed them. The mat for all the players is like God and we respect the mat more than anything, so if a player has touched the defender and the defender denies it, swearing by the mat means he’s not lying and the defender might not have known due to different reasons, it is a sign of him saying that he is telling the truth.”