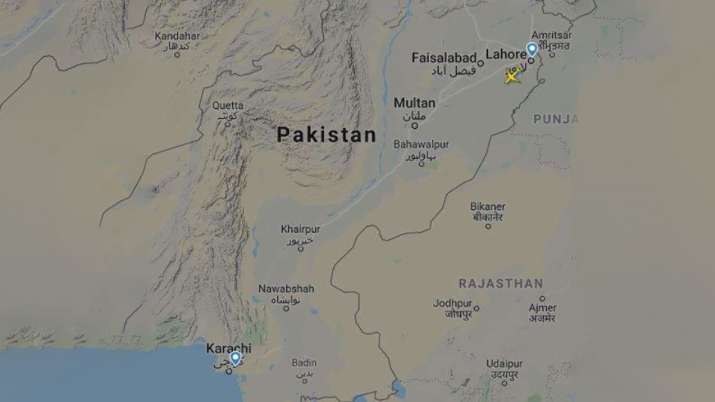 Data available on Flightradar24 shows that the ill-fated plane, that crashed near Karachi airport on Friday, aborted landing when it was just 275 feet above the ground. Pakistan International Airlines (PIA) aircraft PK8303, traveling from Lahore to Karachi, was carrying 107 passengers including 8 crew members when it lost control. However, there is no information so far about those who were onboard. According to the data accessed from Flightradar24, the flight took off from Lahore at 08.05 UTC (around 1:05 PM Pakistan time). “The PIA aircraft made an attempt to land at 09.34 UTC (2.34 PM Pakistan time) that was aborted at 275 feet and the aircraft climbed up to 3175 feet,” the data on Flightradar24 revealed. The charts available show that the aircraft lost signal at 09.40 (2.40 PM) when it was at a height of 525 feet.

The screenshots made available show take off, ground, and last signal of the PIA aircraft. Flightradar24’s position data for MLAT tracked flights is calculated by the time difference of signal arrival to four receivers. If fewer than four receivers see the aircraft, position data cannot be calculated, thus limiting the positional data available for this flight. Altitude data is broadcast and altitude data was received from PK8303, Flightradar24 said.

All times are UTC.

Screenshots show take off, go around and last signal. pic.twitter.com/tOXHXZSkNr

Altitude data show a typical climb, cruise, and descent, followed by a go-around and at least one additional landing attempt. 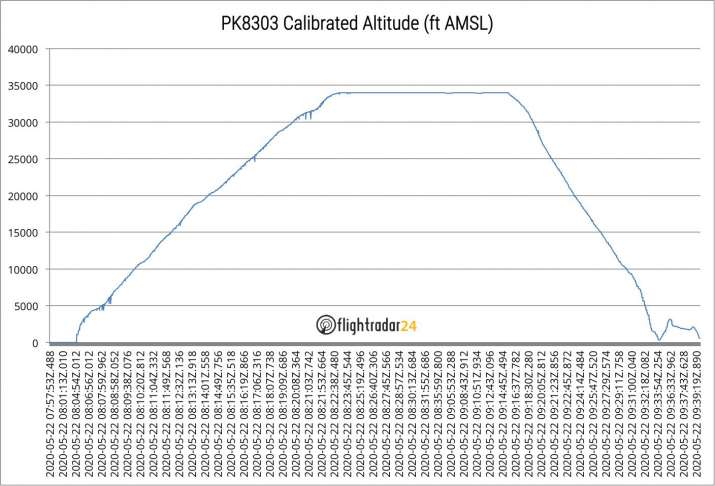 FlightRadar24 said the data was received by at least four receivers near Lahore allowing them to calculate positions for the flight for a short period of time. 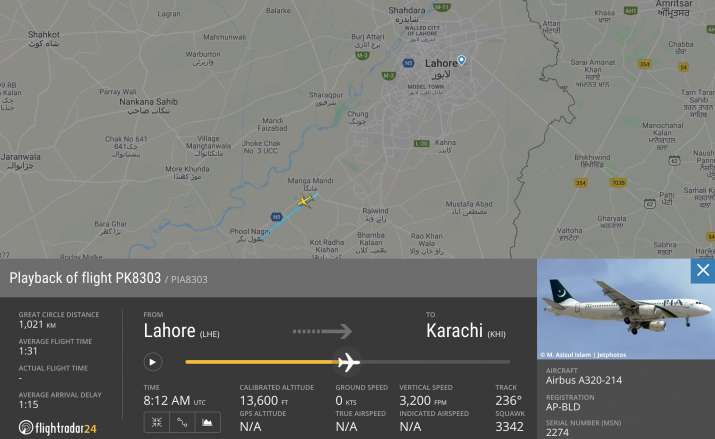