Felt great to be back out there having a bowl: Stuart Broad returns to training 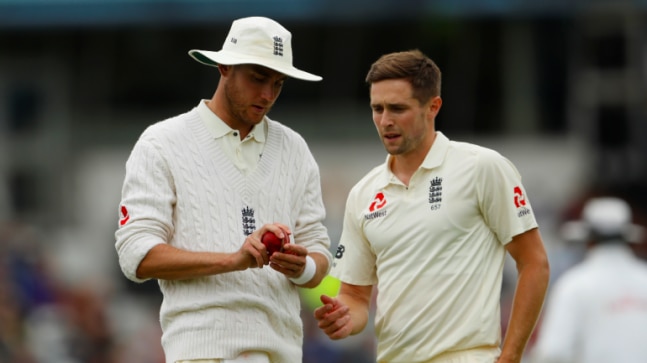 England’s Stuart Broad and Chris Woakes on Thursday became the first cricketers to return to individual training after the coronavirus hiatus, giving a glimpse into the post-lockdown world.

Broad, one of the country’s top wicket-takers, is among the 18 pacers selected by the England and Wales Cricket Board (ECB) for individual sessions at seven different grounds.

England’s best all-rounder after Ben Stokes, Woakes disclosed he has also gone back to training at Edgbaston, according to Sky Sports.

Things were different from the usual in the times of coronavirus and with his live updates, Broad took his fans through the process as he went to Trent Bridge for his individual session.

The pacer posted an Instagram post in which he showed himself taking his temperature with a digital thermometer at home before uploading the result to an app.

Then, he sanitised his training kit and drove off to the stadium, where he was given a designated car parking space.

Given the threat, the ECB has provided the pacers with their own set of balls, and Broad used them as he rolled his arm over on a single pitch with no batsman or wicketkeeper. There was a physiotherapist, though, to help him with his training under the new set of guidelines.

“So much work has gone on behind the scenes to make this possible. Thanks to all the people @englandcricket & @trentbridge who have been involved, I really appreciate it. Felt great to be back out there having a bowl. Loved it,” Broad wrote on his Instagram account.

The cricketers also had individuals rest rooms marked for them.

All cricketing activities in England have been suspended since mid-March due to the outbreak of novel coronavirus.

The pandemic has led to either cancellation or postponement of all sporting events, and cricket was no different.

Up to 18 bowlers are taking part in individualised training sessions across seven county grounds from Thursday.