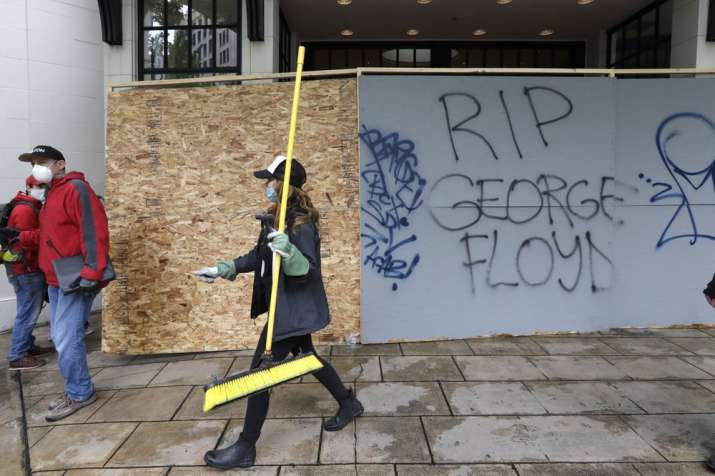 Family and friends have started preparing to pay their final tribute and goodbyes to African-American George Floyd here in funeral service, weeks after he was killed by a white police officer in Minneapolis on May 25 that has triggered widespread marches and protests across major US cities.

The 46-year-old victim, a native of Houston, was handcuffed and pinned to the ground on May 25 by a white police officer who kneeled on his neck as he gasped for breath.

Floyd”s death has triggered nationwide violent protests with a section of the protesters resorting to looting and rioting across the country, leaving behind a trail of destruction.

In a tweet early Sunday morning, Police Chief Art Acevedo confirmed that “George Floyd and his family are safely in Houston”.

Floyd will be laid to rest next to his mother on Tuesday, confirmed a media representative for the Floyd family.

Former Vice President Joe Biden confirmed he will meet with Floyd”s family in Houston on Monday, according to a campaign aide.

Biden is not expected to attend the service on Tuesday because of his Secret Service protection, he will still offer in-person condolences and will also record a video message for Floyd”s funeral service, said the aide.

The public viewing and private funeral will both be held at the same church, The Fountain of Praise at 13950 Hillcroft Avenue, Houston, Texas 77085.

The public viewing is scheduled from noon to 6 pm.

Those attending the public viewing of George Floyd on Monday will be provided with transportation. Mayor Sylvester Turner asked that guests should not all arrive at noon to avoid massive crowds.

Only 15 people will be allowed in the Church at a time, and guests will not be able to stay any longer than 10 minutes after viewing. People attending the funeral will be required to social distance and to wear masks and gloves. Backpacks or large bags will not be allowed. Casual attire is permitted to attend the memorial.

Only a quarter of the Church”s capacity will be used due to social distancing, and about half of those in attendance will be Floyd”s family, Church sources said.

Funeral services for Floyd on June 9 at 11 am on Tuesday will be a private, ticketed event, with members of his family and invited guests including Houston Mayor Sylvester Turner, US Rep Sheila Jackson Lee, Sharpton, Floyd family attorney Benjamin Crump and retired boxer Floyd Mayweather, who has committed to covering the funeral expenses among others, according to the Fountain of Praise Church.