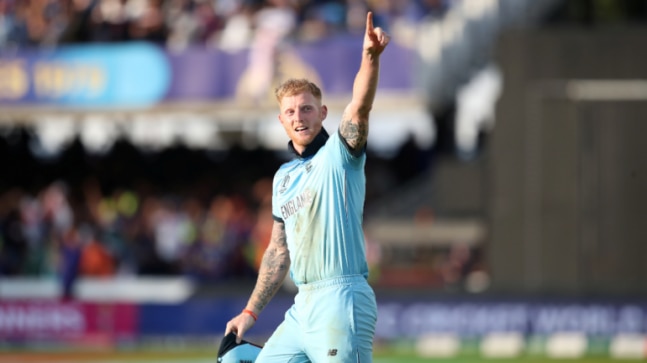 Former England fast bowler Darren Gough said it will be interesting to see how different players react to the new normal of playing in spectator-less grounds.

Former England fast bowler Darren Gough believes that World Cup-winning all-rounder Ben Stokes’ performance might be affected if international cricket is played in front of empty stands due to the COVID-19 pandemic.

International cricket is set to resume after the coronavirus hiatus with England scheduled to host the West Indies team in a bio-secure environment for a proposed three-match series in July.

“We have seen Ben Stokes whenever there is a big game on, when there is something really at stake in a match, he steps up and always delivers,” the 49-year-old was quoted as saying by Sky Sports.

“So it will be interesting to see how someone like him, the greatest cricketer arguably in the world at the moment, how he performs with no crowd. I think it might affect his performance just a little bit,” he said.

Gough, who played 58 Tests and 159 ODIs for England, said it will be interesting to see how different players react to the new normal of playing in spectator-less grounds.

“I don’t think it makes any difference to the players. Of course some players react to crowd more than other. Graeme Gooch is to say that about me. He used to say the bigger the crowd they better I play,” he said.

“But for some players it doesn’t matter, they will still deliver. We are talking about small percentages in performance.”