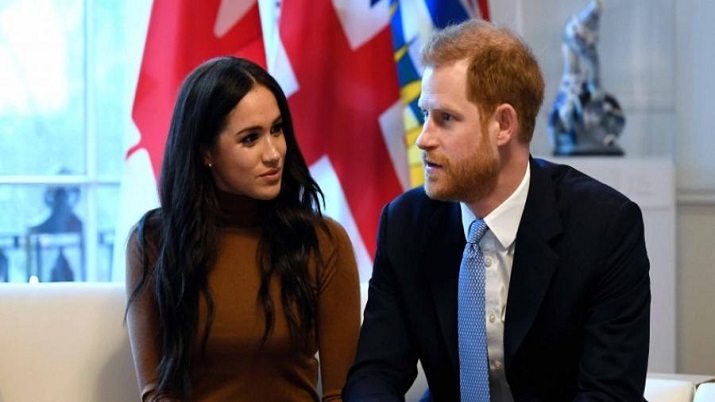 Buckingham Palace plans to hand over an investigation into allegations that Meghan Markle, the Duchess of Sussex, may have bullied staff during her time as a frontline royal with Prince Harry in Britain to external investigators, a UK media report said on Sunday. Earlier this month, the palace had confirmed that a probe would be conducted after ‘The Times’ published a leaked email from a staff member alleging that the former American actress drove two personal assistants out of the royal household and undermined the confidence of a third member of staff.

Now, ‘The Sunday Times’ reports that it has been decided that the inquiry would be handed to a third-party law firm to conduct an independent investigation, rather than an inhouse inquiry.

“Our commitment to look into the circumstances around the allegations from former staff of the Duke and Duchess of Sussex is being taken forward but we will not be providing a public commentary on it,” a Buckingham Palace spokesperson said.

Several former and current royal aides who could not give evidence in court during Meghan Markle’s recent legal case about privacy against a British newspaper are expected to speak to the inquiry.

“The actual worst incidences haven’t come out. There are some harrowing stories to tell,” the newspaper quoted a royal source as saying.

The complaint against Meghan dates back to October 2018 when an email was sent by a member of the Duke and Duchess of Sussex’s staff to a senior courtier. The email was forwarded to the HR department, but the complaint did not progress.

The palace inquiry into the exact circumstances was announced days before Harry and Meghan’s explosive interview with Oprah Winfrey was aired last weekend, in which the Duke and Duchess of Sussex made a series of shocking claims around the lack of mental health support offered to a suicidal Meghan and unnamed royals raising concerns about the skin colour of their mixed-race son Archie.

ALSO READ | EXPLAINER: Why is Harry and Meghan’s son not a prince?

“The issues raised, particularly that of race, are concerning. Whilst some recollections may vary, they are taken very seriously and will be addressed by the family privately. Harry, Meghan and Archie will always be much loved family members,” read a Buckingham Palace statement, days after the interview.

Prince William, Harry’s older brother, is the only senior royal to directly comment on the allegations as he responded to reporters’ questions with: “We are very much not a racist family.”

The relationship between the brothers has been strained for some time and it emerged this weekend that they had “been in contact” for the first time since the Oprah Winfrey interview, reportedly via text message.

Meanwhile, their father Prince Charles is said to be “upset and cut up” after Harry had spoken of his hurt at the Prince of Wales not taking his calls after he announced his decision to step back as a frontline royal last year and cut him off financially.

“It was a surprise to hear he’d been cut off, given the bank statements. The prince continued to provide Harry and Meghan with financial support after their move to America, while they found their feet,” a source close to Charles told ‘The Sunday Times’.