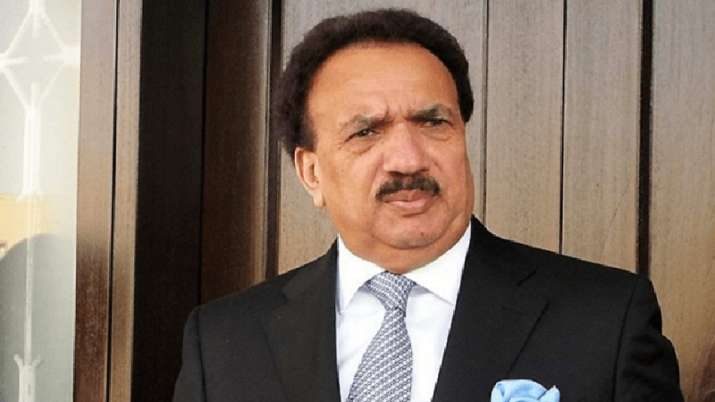 A Pakistan-based American blogger has alleged that she was raped by Pakistan’s former interior minister Rehman Malik and accused ex-prime minister Yousaf Raza Gillani and another former minister of physically manhandling her in 2011.

She made the allegation against the three top leaders of the Pakistan Peoples Party (PPP) through a video clip posted on her Facebook page on Friday, and soon it went viral on social media.

She also said Gilani and former health minister Makhdoom Shahabuddin “physically manhandled” her while the ex-prime minister was staying at the “President’s House” in Islamabad.

Her allegations have escalated the already bitter row between her and the Opposition party following her tweet on May 28 against slain PPP leader and former prime minister Benzair Bhutto, which was termed as derogatory by the party leaders who filed a complaint against her at the Federal Investigation Agency (FIA).

Her comments came as a reaction to a tweet discussing the violent confrontation between model Uzma Khan and a woman, who accused the former of having a relationship with her husband of 13 years and used this allegation to justify her violent treatment of the model.

“This echoes stories of what BB used to do when her husband cheated. She’d have the guards rape the women. Why do women condone this rape culture? Why aren’t the men ever held accountable? Where is the justice system?” she said in the tweet.

According to media reports, the PPP, on the same day, filed a complaint with the FIA against her for “hateful comments and slander” against Bhutto.

In another post, she said that the rape assault against her took place at Malik’s house in the Ministers’ Enclave around the time of the raid in which Al Qaeda leader Osama bin Laden was killed in Pakistan in 2011.

“I thought it (was) a meeting about my visa but I was given flowers/a drugged drink,” she wrote.

She also said that she kept mum as no one in the then PPP government helped her.

The PPP was in power from 2008 until 2013 and Gilani was the prime minister until he was removed by the Supreme Court in June 2012 for disobeying court orders.

She also said she had informed about the incident to “someone” at the US Embassy in Pakistan in 2011, “but due to ‘fluid’ situation and ‘complex’ relations between US and Pakistan, [the] response was less than adequate”.

“It is primarily those who use and abuse others, particularly women and the vulnerable population. And I am one of them,” the girl was quoted as saying by the Dawn newspaper. However, all three leaders have denied the allegations.

Gilani said he was even considering responding to such allegations, “humiliation and disgrace”.

While talking to ARY News, he was asked what she was doing at the Presidency when she was allegedly manhandled, and why she had been staying in Pakistan.

Gilani alleged that she had come to Pakistan as part of a campaign to malign politicians. “Who has given them the right to malign politicians?” he asked. He said she was maligning him because his two sons had filed a defamation case against her for her allegedly defamatory tweet against Bhutto.

Malik on Saturday endorsed Gilani’s statement of denial and a spokesperson for the senator said that “he [Malik] does not want to respond directly, but denies the allegations”.

“The allegations are untruthful and have been made to harm Senator Rehman Malik’s reputation. The American woman has made the allegations at the behest of a specific person or group,” the report said.

He spokesperson said that as Malik “respects the girl and all women, he would not respond to the allegations with any foul words.”

He said Malik’s sons have independently contacted their lawyers to see what legal action can be taken against her.

Shahabuddin also rejected the allegations of manhandling her , terming them “concocted” and “baseless”.

“She is levelling these baseless allegations for the sake of cheap fame,” he alleged in a statement, saying he “could not even think of “manhandling or beating up a woman”.