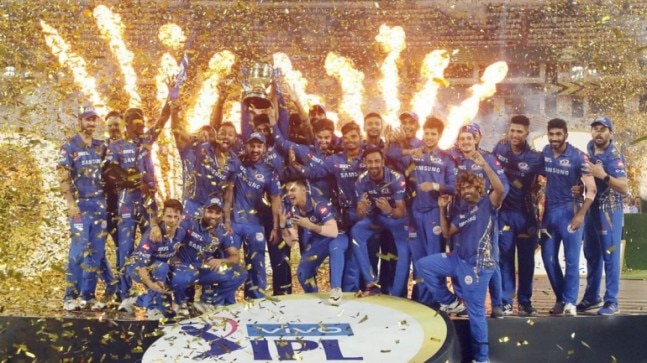 Former Australia captain Allan Border feels that IPL 2020 can’t be allowed to take place in September-October if the T20 World Cup is postponed as it would set a bad precedent for the world game.

With speculations surrounding the rescheduling of the T20 World Cup and IPL 2020 doing the rounds, former Australian captain Allan Border feels that the Indian domestic league can’t be given precedence over the global tournament. There have been talks recently that a prospective postponement of the T20 World Cup in Australia due to the Covid-19 pandemic might open a window for the IPL to be held in the September-October period.

While major sports events all across the world including the Tokyo Olympics remain suspended, doubts have been raised on organising the T20 World Cup which is scheduled to run from October 18 to November 15 this year at various venues across Australia. Recent news reports have suggested that the now-postponed IPL could be held in the same window as that of the World Cup if the latter is rescheduled. Border isn’t exactly happy with the arrangement.

“[I’m] not happy with that, the world game should take precedence over a local competition. So, the World T20, if that can’t go ahead, I don’t think the IPL can go ahead,” Border said on ABC’s Grandstand Cafe radio program.

“I would question that decision [to replace it] — it’s just a money grab, isn’t it, that one?

“The World T20 should take precedence, for sure.”

Border also felt that if the IPL were allowed to replace the T20 World Cup, it would set a bad precedent for the world game. He also suggested that if this plan goes ahead, countries and their cricket boards should bar their players from participating in the cash-rich T20 league as a mark of protest.

“That would be just shut the gate, you know, India running the game.

“They’re pretty close to it now, but I suppose if you’re responsible for 80 percent of global [cricket] income, you’re going to have a fair say in what goes on, I get that,” Border said.

“But I think the world game can’t allow that to happen. The home boards should stop their players going to the IPL if that’s the case.

“I don’t think you can have India superseding what the international game has in place. That would be going down the wrong path.”